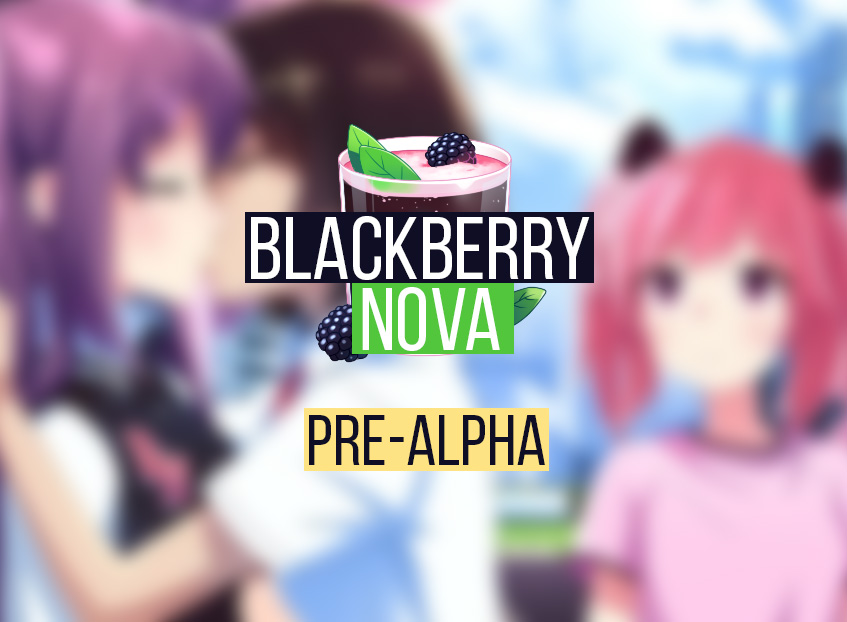 Genre: Visual novel.
BlackberryNOVA is a sequel of BlueberryNOVA.
The game is in development, closer to the release content can be changed.

BlackberryNOVA: A yuri visual novel about a girl whom graduated from high school and is now preparing herself as she enters college.

What does college mean for people? Most likely, for some, it is a new stage of life while for others it’s just the opportunity to get necessary education—but not for our heroine! Isn’t it the easiest place to find a romantic relationship?

In college, our heroine meets Eri, a newbie who is obsessed with video games. At first, the conversation with her is not going so well, but soon Kotori finds her as quite an interesting and pretty girl. But how to start a relationship with her if her childhood friend, Izumi, is categorically against it?

Yukino happily accepts the news that her friend’s sister has arrived. From the very beginning of acquaintance, she shows great interest for Kotori and in various ways tries to attract attention to herself. **

At a young age, Kotori was secretly in love with her sister and it always seemed to her that these feelings were mutual. But the circumstances of life separated the two and didn’t allow for any understanding. And now, when she had already forgotten and resigned, fate brings them together once more. What will happen now? Will old feelings flare up again, or will they be destined to remain in the past forever? **

* These are only the most open and obvious routes, and in addition to them there will be others: additional and hidden. During your journey, you are not limited to one route, however, it will not be possible to create romantic relations with all the characters at once.

More side characters will be announced soon.